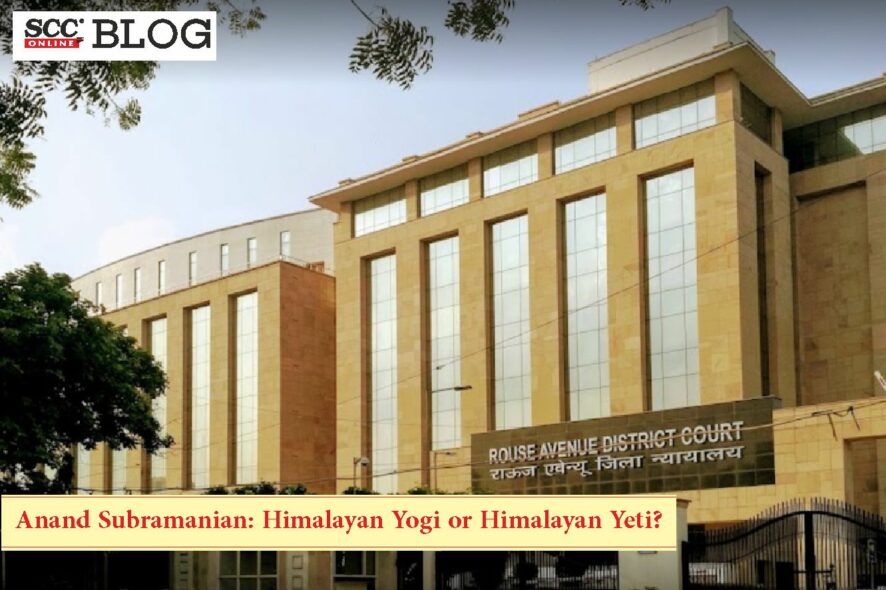 “…investigations are going on and the investigating agency is in the process of removing the secret veil to show to the Court the true face of this Himalyan Yogi, who is as elusive as anecdotal Himalyan Yeti.”

During 2010 to 2014, Sanjay Gupta owner and promoter of OPG Securities Private Limited abused the server architecture of the National Stock Exchange (NSE) in criminal conspiracy with unknown officials of NSE.

Sanjay Gupta along with the help of his brother-in-law and other unknown persons, managed the data centre staff of NSE who passed the information regarding switching on time of NSE exchange servers.

OPG Securities was also given access to servers that were technologically latest and least crowded at that particular period, which resulted in OPG being the first one to log in on the Exchange Server of NSE.

Unfair access to co-location facility was also obtained by Sanjay Gupta which helped his company to get geta before everyone else which allowed a split-second faster access to the data feed of NSE.

In order to ensure the favorable report from SEBI in the on-going enquiry being carried out against the role of OPG Securities Pvt. Ltd in the misuse of TBT architecture of NSE, Sanjay Gupta dishonestly and fraudulently influenced the official of SEBI for which bribe money was exchanged between Sanjay Gupta and some unknown officials of SEBI.

One Ajay Narottam Shah had been instrumental in exploitation of NSE TBT architecture. Source revealed that he had collected NSE trade data in the name of carrying out research and subsequently, passed it to private persons who in turn developed an algo software named ‘Chanakya’ which was later sold to selected brokers.

OPG securities had been illegally trading in certain countries and also raised funds from abroad.

Hence, the above stated information revealed offences punishable under Sections 120 B and 204 of Penal Code, 1860 and Section 66 of the IT Act 2000 alongwith Sections 7,12 and 13(2) read with 13(1)(d) of PC Act 1988 against Sanjay Gupta, Aman Kokrady, Ajay Narottam Shah, M/s OPG Securities Pvt. Ltd., unknown officials of SEBI & NSE and other unknown persons for entering into criminal conspiracy for attempt to give and receive bribe, abuse of official position, unfair access of TBT servers of NSE for wrongful gain, for manipulating the server of NSE and for destroying the electronic evidences.

Court expressed that the main duty of the SEBI is to regulate the Indian Capital Markets, it monitors and regulates the stock markets and protects the interests of the investors by enforcing rules and regulations.

SEBI has no powers to determine the criminality of the accused in offences other than with which the SEBI Act deals, though some times, there may be some overlapping, as observed earlier while deciding the anticipatory bail application of co-accused Chitra Ramkrishna, although it is a completely different matter that all this while the SEBI has looked other way with regard to launching criminal proceedings against the present accused as well as other accused persons involved in the co-location scam, despite being the market watch dog.

It was alleged that the co-accused Chitra Ramkrishna by misusing her official position had appointed the accused in NSE and re-designated the pose of accused as Group Operating Officer and advisor to MS without bringing the same to the notice of NRC and the Board and substantial powers alike to that of MS were delegated to the present accused and he was in knowledge of important and confidential information regarding the working of NSE.

Being posted at NSE, it was the public duty of the accused to protect the interest of common investors, rather he indulged in criminal conspiracy and caused huge advantage to various trading members/brokers, thus he had committed grave economic offence.

There were no allegations that the accused tried to abscond at any point of time. However, with regard to tampering and influencing the witnesses, considering that the accused was holding a pole position in NSE, there were strong chances that he may influence the relevant witnesses or tamper with evidence.

The Bench expressed that, the investigations are going on and the investigating agency is in the process of removing the secret veil to show to the Court the true face of this Himalyan Yogi, who is as elusive as anecdotal Himalyan Yeti.