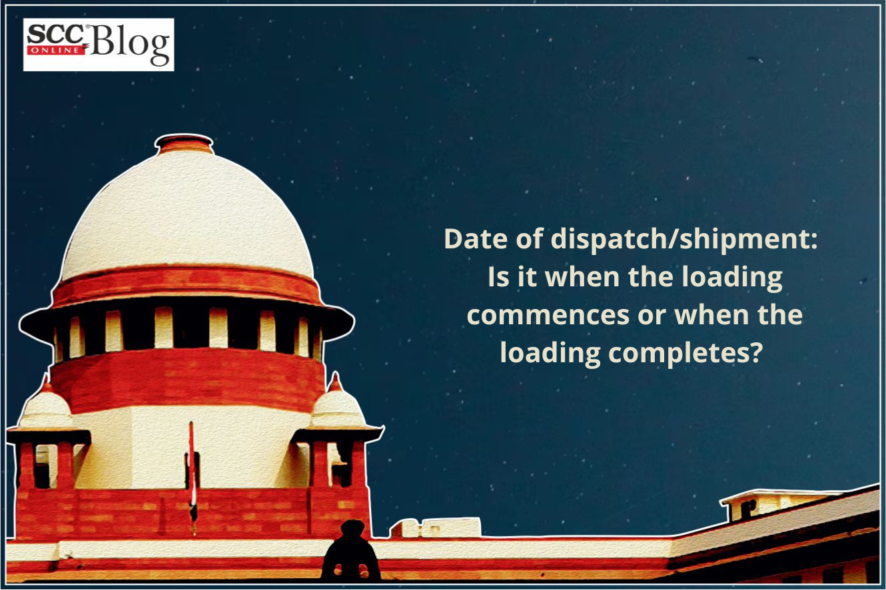 The respondent had treated the date on which loading commenced as the date of despatch/shipment’ to reject the appellant’s insurance claim. Deciding the case in favour of the appellant, the Court held,

The appellant was an exporter of fish meat and fish oil, who had obtained an insurance cover of ₹ 2.45 crores for foreign buyers’ failure to pay for goods exported from Export Credit Guarantee Corporation Ltd. (ECGC), a government company (under the control of the Ministry of Commerce and Industry, Union Government). ECGC provides a range of credit risk insurance cover to exporters.

ECGC rejected the appellant’s claim stating that since the date of ‘despatch/shipment’ was not clearly defined in the policy, reliance was to be placed on the definition contained in the Directorate General of Foreign Trade (DGFT) Guidelines. As per which, for containerized cargo, the date of ‘despatch/shipment’ was to be interpreted as the date of ‘Onboard Bill of Lading’, which was 13-12-2012, i.e., a day prior to the effective date of the Policy, i.e., 14-12-2012. Therefore, ECGC reasoned that the appellant was not entitled to the claim amount.

The appellant, feeling aggrieved, complained of deficiency of service, and approached the NCDRC for compensation. By the impugned order, NCDRC upheld the rationale of the ECGC and rejected the appellant’s claim.

Rejecting the interpretation of the terms ‘despatch/shipment’ as construed by ECGC, the Court opined that in event of confusion the disputed terms need to be interpreted in a common business sense. The Court stated,

“The date of loading goods onto the vessel, which commenced one day prior to the effective date of the policy, is not as significant as the date on which the foreign buyer failed to pay for the goods exported, which was well within the coverage period of the Policy.”

Reliance was placed by the Court on Peacock Plywood (P) Ltd. v. Oriental Insurance Co. Ltd., (2006) 12 SCC 673, to hold that while interpreting insurance contracts, the risks sought to be covered must also be kept in mind. Further, the Court opined that the date of loading the goods onto the vessel was immaterial to the purpose for which the policy was taken by the appellant. The Court noted,

“A plain reading of the policy in question demonstrates that it was taken to protect against failure of the foreign buyer in paying the Indian exporter for goods exported. It was not a policy taken to cover in-transit insurance, and the cause of action triggering the claim arose much later, i.e., on 14.02.2013, well within the coverage of the policy.”

The Court opined that on harmoniously construing the documents of the policy, it is, in fact, the date on the Bill of Lading, and not the Mate’s Receipt/date of shipment which ought to be considered as the date of ‘despatch/shipment’, for the Bill of Lading is the legal document conferring title and possession of the goods to the carrier. Therefore, the Court held that reliance on the DGFT Guidelines to disallow the claim of the appellant was not good in law.

Further, the Court observed that even if the third-party DGFT Guidelines were to be applied, it would not favour the ECGC, as a plain reading of provision 9.12 of the guidelines shows that the date on the Bill of Lading has to be considered as the date of despatch/shipment.

In the backdrop of above, the impugned order of the NCDRC was set aside; the appellant’s complaint was consequently allowed. ECGC was directed to pay the claim amount of Rs. 1,96,38,400/- crores to the appellant, with interest at the rate of 9% p.a. 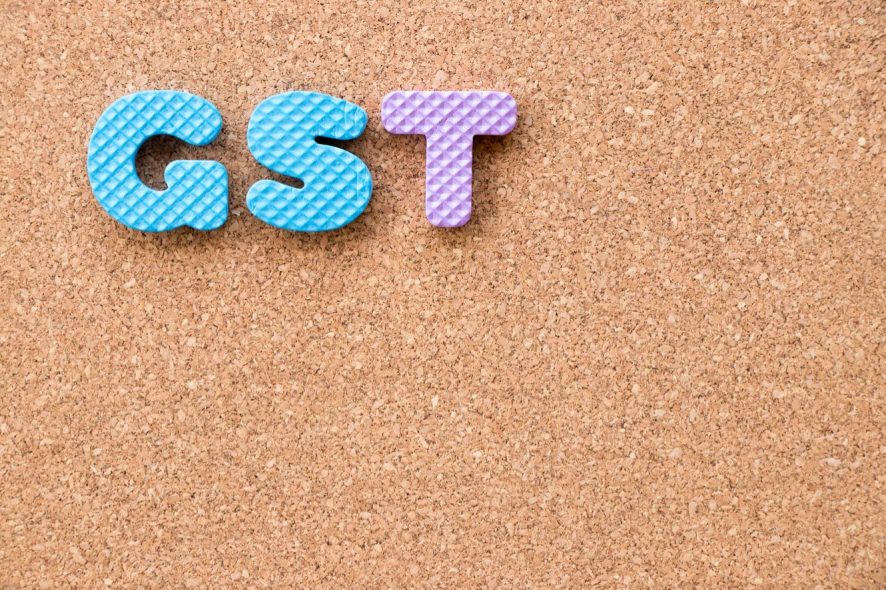 West Bengal Authority for Advance Ruling (WB AAR): A Division Bench of Susmita Bhattacharya and Parthasarathi Dey, (Members) held that the supply of composite printing service to recipients located in India, is  taxable for GST.

The question dealt in the present application is:

Whether the activities undertaken by procuring orders from a foreign buyer to print texts and thereafter deliver them to various places in India is a taxable transaction?

Applicant is awarded a contract for printing booklets in various Indian languages. For the said contract applicant arranges physical inputs like paper, ink and other physical inputs, prints the content and binds the printed material into booklets and delivers the same.

For the above contract, applicants receives consideration in US Dollars.

Applicant argued that the recipient was not providing any goods for performing the printing service. Provisions under Section 13(3)(a) of the IGST Act, 2017 are not, therefore, applicable.

Further adding to the above submissions, applicant stated that recipient being located outside India and consideration received in convertible foreign exchange, the activity should be considered as export of service.

Bench observed that, applicant prints booklets that are classifiable under heading 4901 of the Tariff Act.

The recipient provides the content usually on a digital media and retains usage right on such intangible inputs. The applicant prints the content on physical media, binds them into booklets and supplies the printed material. The goods so supplied have no utility other than displaying the printed content. Service of printing, therefore, is the predominant element of the composite supplies the applicant is making.

The place at which the printed booklets are delivered is the place of supply of the composite printing service.

Applicant fails to appreciate the true meaning of the terms ‘recipient’, as defined under Section 2(93) of the GST Act. It is an exhaustive definition, implying it can neither be expanded or reduced.

Hence, AAR states that applicant supplies the composite printing service to the recipient located in India. Such supplies are not, therefore, export of services within the meaning of Section 2(6) of the IGST Act, 2017.