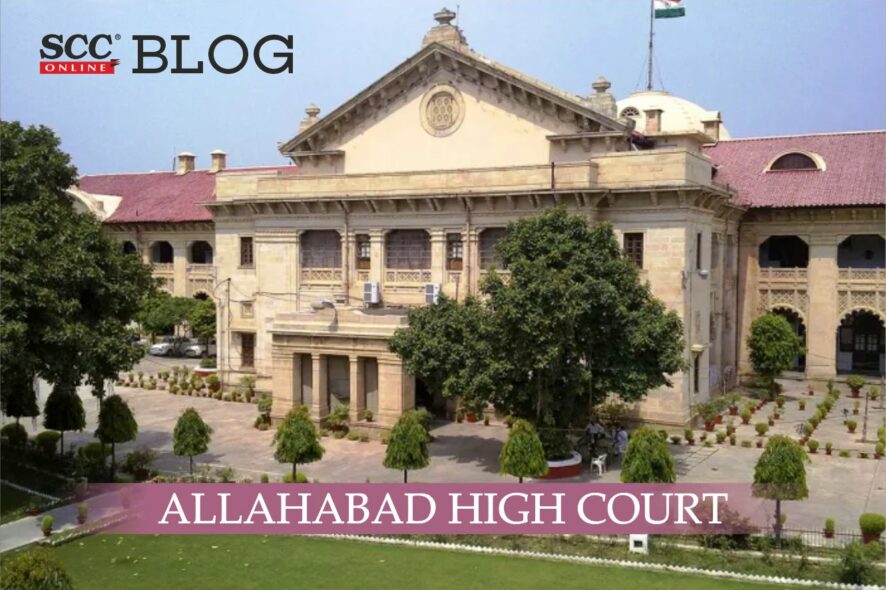 Allahabad High Court: Vikram D. Chauhan, J. took cognizance of transfer application which was filed for the transfer of the case under Section 125 Criminal Procedure Code, 1973 pending before the Principal Judge, Family Court, Bhadohi at Gyanpur to the court having competence jurisdiction in District Prayagraj disallowing it and emphasizing on the importance of digitalisation in judicial system.

The Court stressed that the various digitalisation processes including addressing the court through video conference has been put in place with the advancement of technology and telecommunication including internet services the litigant is empowered to approach his counsel through telecommunication / Internet. The Court further reminded that the Supreme Court had constituted an e-committee, Supreme Court of India for effective implementation of the Information and Communication Technology (ICT) by the Judicial system in India. The Court pointed out that the information and technology induction will enhance the Judicial productivity both qualitatively and quantitatively, making the justice delivery system accessible, reliable, cost effective and transparent.

A drastic step in this respect has been taken by Allahabad High Court by framing “Rules for Video Conferencing for Courts in the State of Uttar Pradesh, 2020” (Rules of 2020) which has been notified by notification dated 27-11-2020. The principal object of the aforesaid rules is to consolidate, unify and streamline the procedure relating to the use of video conference for the Courts. The Court thus opined that Rules of 2020 effectively address the concern of the litigants including the distance factor and threat perception.

Once the Rules of 2020 have been notified in exercise of powers under Article 225 and 227 of the Constitution of India, for providing video conferencing to the litigant in the Courts and such an alternative channel will be able to address the concerns of the litigant as has been raised in the present transfer application. No ground for transfer of the case from one district to another is made out in view of the observations made herein above.

The transfer application was disposed of with the liberty to the applicant to apply under Rules for Video Conferencing for Courts in the State of Uttar Pradesh, 2020 for video conference facility in judicial proceedings.

G.A., Dileep Kumar Srivastava, Advocate, Counsel for the Opposite Party.