[Note: This report is a detailed analysis of Supreme Court’s judgment in Madras Bar Association v. Union of India[1]. To read the guidelines and directions issued by the Court, click here.]

Supreme Court: The 3-judge bench of L. Nageswara Rao*, Hemant Gupta and S. Ravindra Bhat has issued extensive directions in relating to selection, appointment, tenure, conditions of service, etc. relating to various tribunals, 19 in number, thereby calling for certain modifications to the Tribunal, Appellate Tribunal and other Authorities [Qualification, Experience and Other Conditions of Service of Members] Rules, 2020

The Supreme Court was once again, within the span of a year, called upon to decide the issue at hand. Last year, the Constitution Bench in Rojer Mathew v. South Indian Bank Ltd., (2020) 6 SCC 1 had held that the Tribunal, Appellate Tribunal and Other Authorities (Qualifications, Experience and Other Conditions of Service of Members) Rules, 2017, as a whole was ultra vires.

“That the judicial system and this Court in particular has to live these déjà vu moments, time and again (exemplified by no less than four constitution bench judgments) in the last 8 years, speaks profound volumes about the constancy of other branches of governance, in their insistence regarding these issues.”

Here is the explainer on the directions issued by the Court:

“We have noticed a disturbing trend of the Government not implementing the directions issued by this Court. To ensure that the Tribunals should not function as another department under the control of the executive, repeated directions have been issued which have gone unheeded forcing the Petitioner to approach this Court time and again. It is high time that we put an end to this practice.”

To stop the dependence of the Tribunals on their parent Departments for routing their requirements and to ensure speedy administrative decision making, as an interregnum measure, it was hence directed that there should be a separate “tribunals wing” established in the Ministry of Finance, Government of India to take up, deal with and finalize requirements of all the Tribunals till the National Tribunals Commission is established.

After it was brought to Court’s notice that the constitution of the Search-cum-Selection Committees as per 2020 Rules does not ensure judicial dominance, the Court made the following directions:

At present Rule 9(1) permits a Chairman, Chairperson or President of the Tribunal to continue till 70 years which is in conformity with Parliamentary mandate in Section 184 of the Finance Act. However, Rule 9(2) provides that Vice Chairman and other members shall hold office till they attain 65 years.

Section 184 of the Finance Act, 2017 provides for reappointment of Chairpersons, Vice-Chairpersons and members of the Tribunals on completion of their tenure. There is no mention of reappointment in the 2020 Rules. Hence, Reappointment for at least one term shall be provided to the persons who are appointed to the Tribunals at a young age by giving preference to the service rendered by them.

Noticing that lack of housing in Delhi has been one of the reasons for retired Judges of the High Courts and the Supreme Court to not accept appointments to Tribunals, the Court directed the Government of India to make serious efforts to provide suitable housing to the Chairperson and the members of the Tribunals and in case providing housing is not possible, to enhance the house rent allowance to Rs.1,25,000/- for members of Tribunals and Rs.1,50,000/- for the Chairman or Chairperson or President and Vice Chairman or Vice Chairperson or Vice President of Tribunals.

“… an option should be given to the Chairperson and the members of the Tribunals to either apply for housing accommodation to be provided by the Government of India as per the existing rules or to accept the enhanced house rent allowance. This direction shall be effective from 01.01.2021.”

While the Attorney General suggested that an advocate who has 25 years of experience should be considered for appointment as a Judicial member, the Amicus Curiae suggested that it should be 15 years.

Considering both the suggestions, the Court said,

However, it is left open to the Search-cum-Selection Committee to take into account in the experience of the Advocates at the bar and the specialization of the Advocates in the relevant branch of law while considering them for appointment as judicial members.

The Court directed that the members of Indian Legal Service shall be entitled to be considered for appointment as a judicial member subject to their fulfilling the other criteria which advocates are subjected to. In addition, the nature of work done by the members of the Indian Legal Service and their specialization in the relevant branches of law shall be considered by the Search-cum-Selection Committee while evaluating their candidature.

IMPORTANCE OF APPOINTMENT OF COMPETENT AND YOUNG LAWYERS AND TECHNICAL MEMBERS

Tribunals discharge a judicial role, and with respect to matters entrusted to them, the jurisdiction of civil courts is usually barred. Therefore, wherever legal expertise in the particular domain is implicated, it would be natural that advocates with experience in the same, or ancillary field would provide the “catchment” for consideration for membership. This is also the case with selection of technical members, who would have expertise in the scientific or technical, or wherever required, policy background.

Younger advocates who are around 45 years old bring in fresh perspectives. Many states induct lawyers just after 7 years of practice directly as District Judges.

“If the justice delivery system by tribunals is to be independent and vibrant, absorbing technological changes and rapid advances, it is essential that those practitioners with a certain vitality, energy and enthusiasm are inducted.”

25 years of practice even with a five-year degree holder, would mean that the minimum age of induction would be 48 years: it may be more, given the time taken to process recommendations. Therefore, a tenure without assured re-engagements would not be feasible. A younger lawyer, who may not be suitable to continue after one tenure (or is reluctant to continue), can still return, to the bar, than an older one, who may not be able to piece her life together again.

“The very reason for constituting Tribunals is to supplement the functions of the High Courts and the other Courts and to ensure that the consumer of justice gets speedy redressal to his grievances. This would be defeated if the Tribunals do not function effectively.”

The Court, hence, directed that the Government of India shall make the appointments to the Tribunals within three months after the Search-cum-Selection Committee completes the selection and makes its recommendations.

RETROSPECTIVITY OF THE 2020 RULES

The Court rejected the submission of learned Attorney General that the 2020 Rules which replaced the Tribunal, Appellate Tribunal and other Authorities (Qualification, Experience and Other Conditions of Service of Members) Rules, 2017 shall come into force with effect from 26.05.2017 which was the appointed day in accordance with the 2017 Rules and said,

“It is true that the 2017 Rules were brought into force from 26.05.2017 and Section 183 of the Finance Act provides for any appointment made after the appointed day shall be in accordance with the Rules made under Section 184 of the Finance Act, 2017. 2017 Rules which have come into force with effect from 26.05.2017 in accordance with Section 183 have been struck down by this Court. The 2020 Rules which came into force from the date of their publication in the Official Gazette, i.e. 12.02.2020, cannot be given retrospective effect.”

Further, the intention of Government of India to make the 2020 Rules prospective is very clear from the notification dated 12.02.2020. In any event, subordinate legislation cannot be given retrospective effect unless the parent statute specifically provides for the same.

In the petition that was filed by Madras Bar Association, the Court directed the Government to strictly adhere to the directions and not force the Petitioner-Madras Bar Association, which has been relentless in its efforts to ensure judicial independence of the Tribunals, to knock the doors of this Court again. 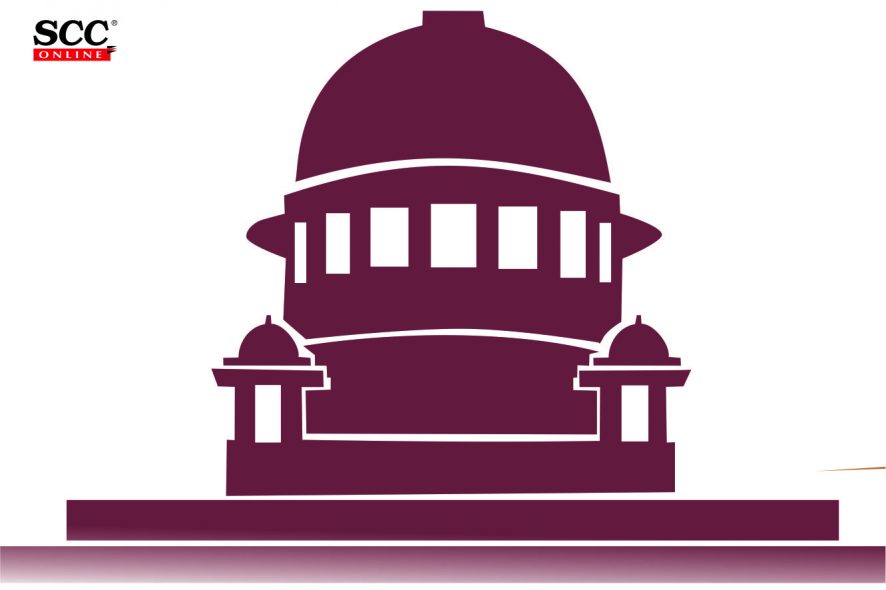 Supreme Court: The 3-judge bench of L. Nageswara Rao*, Hemant Gupta and S. Ravindra Bhat has issued extensive directions in relating to selection, appointment, tenure, conditions of service, etc. relating to various tribunals, 19 in number, thereby calling for certain modifications to the Tribunal, Appellate Tribunal and other Authorities [Qualification, Experience and Other Conditions of Service of Members] Rules, 2020.

While the bench has upheld the validity of Tribunal Rules, 2020, here are the modifications and directions issued by the Court:

(i) The Union of India shall constitute a National Tribunals Commission which shall act as an independent body to supervise the appointments and functioning of Tribunals, as well as to conduct disciplinary proceedings against members of Tribunals and to take care of administrative and infrastructural needs of the Tribunals, in an appropriate manner.

Till the National Tribunals Commission is constituted, a separate wing in the Ministry of Finance, Government of India shall be established to cater to the requirements of the Tribunals.

(a) The Chief Justice of India or his nominee—Chairperson (with a casting vote).

(c) Secretary to the Ministry of Law and Justice, Government of India—member;

(d) Secretary to the Government of India from a department other than the parent or sponsoring department, nominated by the Cabinet Secretary—member;

(e) Secretary to the sponsoring or parent Ministry or Department—Member Secretary/Convener (without a vote).

Till amendments are carried out, the 2020 Rules shall be read in the manner indicated.

(vi) Advocates with an experience of at least 10 years should be eligible for appointment as judicial members in the Tribunals. The experience of the Advocate at the bar and their specialization in the relevant branches of law is to be considered. They shall be entitled for reappointment for at least one term by giving preference to the service rendered by them for the Tribunals.

(vii) The members of the Indian Legal Service shall be eligible for appointment as judicial members in the Tribunals, provided that they fulfil the criteria applicable to advocates subject to suitability to be assessed by the Search-cum-Selection Committee on the basis of their experience and knowledge in the specialized branch of law.

(viii) Rule 8 of the 2020 Rules shall be amended to reflect that the recommendations of the Search-cum-Selection Committee in matters of disciplinary actions shall be final and shall be implemented by the Central Government.

(ix) The Union of India shall make appointments to Tribunals within three months from the date on which the Search-cum-Selection Committee completes the selection process and makes its recommendations.

(xii) Appointments made under the 2020 Rules till the date of this judgment, shall not be considered invalid, insofar as they conformed to the recommendations of the Search-cum-Selection Committees in terms of the 2020 Rules, as they stood before the modifications directed in this judgment. They are, in other words, saved and shall not be questioned.

(xiii) In case the Search-cum-Selection Committees have made recommendations after conducting selections in accordance with the 2020 Rules, appointments shall be made within three months from today and shall not be subject matter of challenge on the ground that they are not in accord with this judgment.

(xiv) The terms and conditions relating to salary, benefits, allowances, house rent allowance etc. shall be in accordance with the terms indicated in and directed by this judgment.

In the petition that was filed by Madras Bar Association, the Court directed the Government to strictly adhere to the directions given above and not force the Petitioner-Madras Bar Association, which has been relentless in its efforts to ensure judicial independence of the Tribunals, to knock the doors of this Court again.