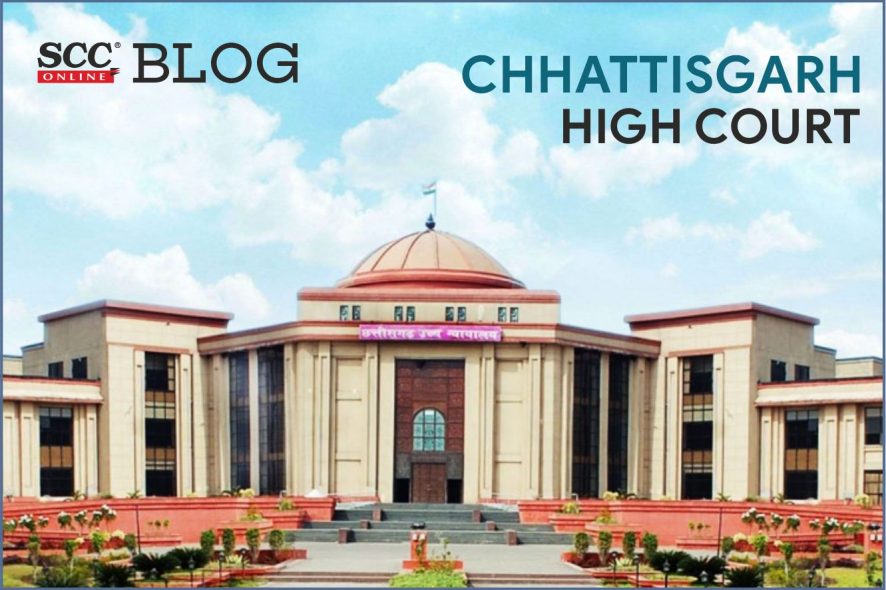 In this case, the appellant filed a suit for possession of the house and also for damages on the basis of relationship of landlord and tenant, however, it was dismissed. Since the respondent did not vacate the house, another suit has been preferred by the appellant for vacant possession of the house and for damages. Further, the Trial Court dismissed the suit mainly on the ground that the subsequent suit preferred by the appellant is barred under the provisions of Section 11 CPC.

The Court took note of the ruling in Srihari Hanumandas Totala v. Hemant Vithal Kamat (2021) 9 SCC 99, Jamia Masjid v. K.V. Rudrappa 2021 SCC OnLine SC 792, wherein the Court held that the ingredients to attract Res Judicata are (i) The matter must have been directly and substantially in issue in the former suit; (ii) the matter must be heard and finally decided by the Court in the former suit; (iii) The former suit must be between the same parties or between parties under whom they or any of them claim, litigating under the same title; and (iv) the Court in which the former suit was instituted is competent to try the subsequent suit or the suit in which such issue has been subsequently raised.

Raja Sharma, Advocate, for the Appellant;

Supreme Court: In a case where the party, in a subsequent petition seeking same relief, had not disclosed the filing of the suit, its dismissal by the Civil Court and the confirmation of the said judgment by the High Court in the writ petition, the bench of SA Nazeeer* and Krishna Murari, JJ has held that the appellants did not come to the court with clean hands and stressed that the parties have to disclose the details of all legal proceedings and litigations either past or present concerning any part of the subject-matter of dispute which is within their knowledge.

After lapse of 34 years from 3 the completion of acquisition proceedings and receiving of award amount, the petitioners had filed the present writ petition challenging the allotment of a portion of the land on the ground that the same has not been acquired by the Bangalore Development Authority (BDA).

However, admittedly, the appellants had, in 1999, filed a suit before the Additional City Civil Court against the BDA seeking permanent injunction while pleading identical facts and urging similar grounds. The said suit was dismissed by the trial court. The appeal filed against the said judgment of the trial court was also dismissed by the High Court. The appellants had not disclosed the dismissal of the aforesaid Suit and the appeal in the writ petition.

Noticing that the jurisdiction exercised by the High Court under Article 226 of the Constitution of India is extraordinary, equitable and discretionary, the Court said that it is imperative that the petitioner approaching the writ court must come with clean hands and put forward all facts before the Court without concealing or suppressing anything.

“A litigant is bound to state all facts which are relevant to the litigation. If he withholds some vital or relevant material in order to gain advantage over the other side then he would be guilty of playing fraud with the court as well as with the opposite parties which cannot be countenanced.”

In order to check multiplicity of proceedings pertaining to the same subject-matter and more importantly to stop the menace of soliciting inconsistent orders through different judicial forums by suppressing material facts either by remaining silent or by making misleading statements in the pleadings in order to escape the liability of making a false statement, the Court held that

It is of utmost necessity that when a party approaches a High Court, he must place all the facts before the Court without any reservation. If there is suppression of material facts on the part of the applicant or twisted facts have been placed before the Court, the writ court may refuse to entertain the petition and dismiss it without entering into merits of the matter.

The writ remedy is an equitable one and a person approaching a superior court must come with a pair of clean hands. Such person should not suppress any material fact but also should not take recourse to legal proceedings over and over again which amounts to abuse of the process of law.

If there is no candid disclosure of relevant and material facts or the petitioner is guilty of misleading the court, his petition may be dismissed at the threshold without considering the merits of the claim.

Hence, the conclusions reached by the court in the appeal were held to be binding on the appellants.

Supreme Court: In an important ruling on Res Judicata, the 3-judge bench of Dr. DY Chandrachud*, Vikram Nath and Hima Kohli, JJ has held that the issues that arise in a subsequent suit may either be questions of fact or of law or mixed questions of law and fact.

“Issues that arise in a subsequent suit may either be questions of fact or of law or mixed questions of law and fact. An alteration in the circumstances after the decision in the first suit, will require a trial for the determination of the plea of res judicata if there arises a new fact which has to be proved. However, the plea of res judicata may in an appropriate case be determined as a preliminary issue when neither a disputed question of fact nor a mixed question of law or fact has to be adjudicated for resolving it.”

“Best method” to decide the question of res judicata:

The court while undertaking an analysis of the applicability of the plea of res judicata determines first, if the requirements of section 11 CPC are fulfilled; and if this is answered in the affirmative, it will have to be determined if there has been any material alteration in law or facts since the first suit was decreed as a result of which the principle of res judicata would be inapplicable.

In Syed Mohd. Salie Labbai (dead) by L.Rs v. Mohd. Hanifa, (1976) 4 SCC 780, it was enunciated that before a plea of res judicata can be given effect, the following conditions must be proved:

(1) that the litigating parties must be the same;

(2) that the subject-matter of the suit also must be identical;

(3) that the matter must be finally decided between the parties; and

(4) that the suit must be decided by a court of competent jurisdiction.

Twin test for the identification of whether an issue has been conclusively decided in the previous suit is:

Res Judicata: Question of fact or law or mixed question of law and fact?

It has earlier been held by the Supreme Court that a determination of whether res judicata is attracted raises a mixed question of law and facts [Madhukar D Shende v. Tarabai Aba Shedage, (2002) 2 SCC 85 ; Ram Harakh v. Hamid Ahmed Khan, (1998) 7 SCC 484].

However, Justice K. Ramaswamy writing for a three-judge bench of this court in Sushil Kumar Mehta v. Gobind Ram Bohra, (1990) 1 SCC 193 held that the principle of res judicata cannot be fit into the pigeonhole of ‘mixed question of law and facts’ in every case. Rather, the plea of res judicata would be a question of law or fact or a mixed question of both depending on the issue that is claimed to have been previously decided.

The matter in issue, if it is one purely of fact, decided in the earlier proceeding by a competent Court must in a subsequent litigation between the same parties be regarded as finally decided and cannot be reopened. A mixed question of law and fact determined in the earlier proceeding between the same parties may not, for the same reason, be questioned in a subsequent proceeding between the same parties. But, where the decision is on a question of law i.e. the interpretation of a statute, it will be res judicata in a subsequent proceeding between the same parties where the cause of action is the same, for the expression “the matter in issue” in Section 11 of the Code of Civil Procedure means the right litigated between the parties i.e. the facts on which the right is claimed or denied and the law applicable to the determination of that issue. Where, however, the question is one purely of law and it relates to the jurisdiction of the Court or a decision of the Court sanctioning something which is illegal, by resort to the rule of res judicata a party affected by the decision will not be precluded from challenging the validity of that order under the rule of res judicata, for a rule of procedure cannot supersede the law of the land.”

Can res judicata be decided as a preliminary issue?

Yes. In certain cases, particularly when a mixed question of law or fact is raised, the issue should await a full-fledged trial after evidence is adduced.

Appearances before the Court: