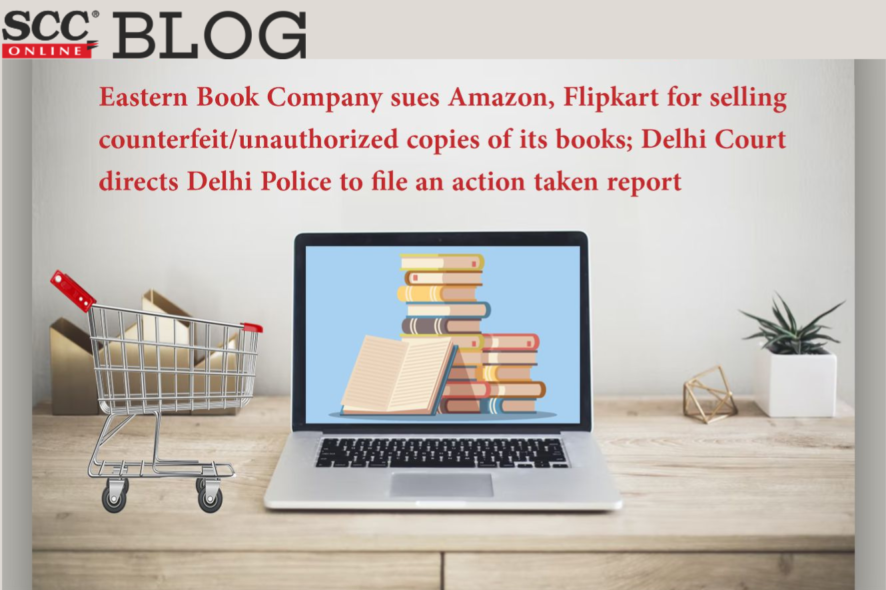 Tis Hazari Court, Delhi: In a case relating to the unauthorized printing/binding/manufacturing/storing/advertising for sale and selling of counterfeit books published by EBC, Siddharth Malik, J. has directed SHO to provide an action taken report before the next date of hearing.

The Complainants, EBC Publishing Pvt. Ltd. and its sister Firm Eastern Book Company, are companies engaged in the business of publishing legal commentaries, law reports, digests, student texts, etc under their registered trademark. The complainants were made aware of the fact that a few of their published books were being sold without their knowledge or permission on Amazon and Flipkart by the accused, Mackhingee Publisher.

The complainants bought some books from the accused and realized that the accused had been illegally selling inferior quality counterfeit books for a lesser price, and the complainant was receiving negative online reviews for the same. Consequently, a complaint was filed against the accused for illegally selling counterfeit books online. The complainant also included Amazon Ltd. & Flipkart Private Limited in its complaint since they are providing a platform to the accused to commit such offences. In fact, their policy frameworks are designed to safeguard the sale of counterfeit products and there appears to be a deliberate overlook on the sale of such illegal books/items.

The Court has directed the SHO of Darya Ganj Police Station to file an action taken report, before the next date of hearing, stating the following:

1. Whether any complaint has been made/ received by the complainant in the police station.

2. If yes, whether any action has been taken on the complaint.

3. Whether as a result of investigation/ inquiry, any cognizable offence has been made out against the accused person and whether any action has been taken by the police.

4. If yes, whether any FIR has been registered & status of investigation.

5. If no cognizable offence has been made out, whether the complainant has been informed accordingly.