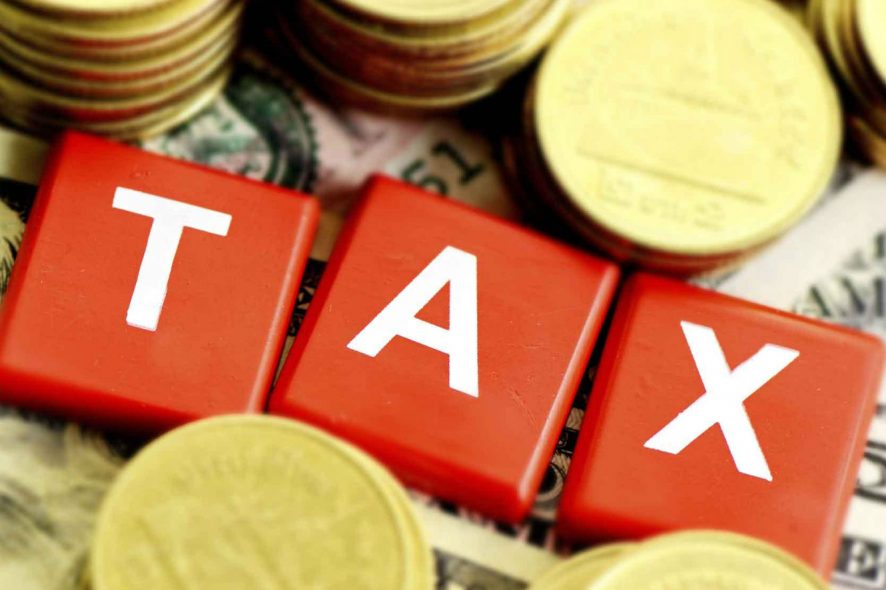 West Bengal Taxation Tribunal: The Coram of Justice Malay Marut Banerjee (Chairman) and Suranjan Kundu (Judicial Member) and Chanchalmal Bachhawat (Technical Member), expressed that, Article 304(a) frowns upon discrimination (of a hostile nature in the protectionist sense) and not on mere differentiation.

In order to implement a uniform tax structure effectively, both Union and States had to surrender some of their erstwhile exclusive fields of taxation and there was a realignment of the legislative power of the Union and the States.

The petitioners have challenged the vires of the West Bengal Finance Act 2017 on grounds such as lack of legislative competency, discrimination, the impossibility of its successful implementation and so on.

Various petitions were filed before the Calcutta High Court seeking instructions on various situations so arose after the verdict of the Single Bench declaring the Entry Tax ultra vires was passed on 24-6-2013.

(a) Is there any stay of the Judgment date 24-6-2013 by which the Entry Tax Act 2012 was declared void and unconstitutional? And if not, then can such Act be amended during the period when the appeal challenging the said Judgment is pending and is not yet reversed?

(b) (i) After deletion of Entry No. 52 from the State list of 7th schedule of the Constitution, has the State Legislature absolutely lost its legislative competency to amend the Entry Tax Act with a view to making it non- discriminatory with retrospective effect?

(ii) If not then whether Section 19 of the C.A. Act 2016 has conferred the said power to the State Legislature?

“Once a provision has been declared ultra vires, the State cannot invoke that the said ultra vires proceedings against the citizen of the country, simply because interim order has been passed in an appeal.”

Adding to the above observation, the tribunal stated that during the period of appeal an Act already declared void can at best be considered voidable, but the said Act cannot be revived in a detour way.

Bench stated that in the present case State Legislature increased the tax liability of the existing assesses, by creating new class of assesses with the ostensible reason to make it non-discriminatory and all that happened when the verdict declared it unconstitutional and existed unreversed by the higher forum.

Tribunal opined that the State Legislature should not have amended the Entry Tax Act 2012 which was declared unconstitutional, and which is not yet reversed.

“…this amendment is premature and smacks of mis-adventure despite the fact that interim order was granted with some conditions.”

Bench stated that as to how the State Legislature obtained power to amend in the field of Entry Tax when the same was deleted, AG did not enlighten the Court any further except Section 19 of the C.A Act 2016.

In order to promote GST both the Centre and State Governments had to surrender some of their filed of taxation.

Bench noted that Entry 52 was dropped permanently so that the State Legislature cannot make any law in the field of entry of goods into local area for consumption, use and sale therein.

Further, the Tribunal remarked that,

Entry 52 having been omitted there is no vestige of power left with State Legislature to legislate or amend the law in Entry tax matter and this loss is absolute and final.

On bare reading of Section 19 of the C.A Act 2016 the following characteristics can be noted:

(a) it deals with those provisions which relates to tax on goods or services or both.

(c) which are also inconsistent with the purpose / goal for which C.A Act 2016 was enacted.

Or (e) until amended or repealed which ever is earlier.

Bench laid down its observation that, once a law was declared void and its appeal was pending, the State legislature, however laudable the purpose may be, without legislative competency cannot amend the same with retrospective effect.

Hence, the Tribunal found that Entry 52 of list II was a spoilsport, the presence of which would have obviously marred the successful implementation of GST.

In the present case, State Legislature had nothing left for amendment of Entry Tax Matter and it had no option.

Moving further, it was expressed that Entry 54 of the State list was not entirely deleted but was substituted and therefore, the power to frame legislation under Entry 54 was retained albeit in a truncated form.

The State Legislature lost some of their erstwhile fields of taxation for ever and retained some in changed form. Section 19 has conferred limited legislative power within a prescribed period to amend those entries of State list which were substituted / truncated / partially changed.

Sections 5 and 6 of Amending Act 2017 (West Bengal Finance Act 2017 enacted on 06.03.2017) is unconstitutional and non est in the eyes of law, having no legal effect being beyond the Legislative competence of the State of West Bengal.

Tribunal held that the State of West Bengal had no legislative competency to introduce Sections 5 and 6 of West Bengal Finance Act 2017 and the said provisions are hereby declared ultra vires and unconstitutional.

State of West Bengal had no legislative competency to introduce sec. 5 and 6 of West Bengal Finance Act, 2017 with effect from 1st July, 2017 and therefore the said provisions are ultra vires and unconstitutional,

“…advocates for the petitioners that such an attempt is a sham and futile because in view of the provision of limitation in the old Act of 2012 such new classes of assesses could never be assessed to Entry Tax.”

Lastly, the Bench held that,

Even assuming for a moment that the West Bengal Entry Tax Act was not struck down by any judgment of the High Court can it be said that the amendment introduced retrospectively and validation of the Act by way of introducing Finance Act of 2017 is within the legislative competence of the State Government?

Having regard to the deletion of Entry 52 of the State List and bearing in mind the provision contained in Article 265 of the Constitution we are impelled to hold that the State Legislature did not have the legislative competence to bring in such amendment insofar as it relates to the West Bengal Tax on Entry of Goods into Local Areas Act, 2012

Gau HC | Criminal prosecution can’t be permitted to continue on whims and pleasures of litigants, criminal case based on likelihood of suspicion quashed