Jharkhand High Court: A Division Bench of Chief Justice and Sujit Narayan Prasad dismissed the petition on being found that the decision for issuance of e-pass the same cannot be said to suffer from infirmity.

Hence the instant petition was filed quashing the above order.

Counsel for the petitioners Mr. Anuj Kumar Agarwal submitted that imposing such conditions by issuing e-pass in order to move is arbitrary.

Counsel for the respondents Mr. Rajiv Ranjan and Piyush Chitresh submitted that stringent decision is required to be taken taking into consideration the increase in the number of COVID-19 cases creating heavy load on the limited health resources of the State of Jharkhand and the daily requirement of the people, if certain restrictions have been imposed to put check on the movement of the people the same cannot be said to be arbitrary because the life of the people is the prime concern of the State.

The Court observed that the impugned decision has been taken to combat the situation of acute surge in COVID-19 infection by exercising the power conferred under Disaster Management Act, 2005. The Court further observed that if restrictions will not be imposed in order to break the chain of the infection of COVID-19 virus the situation will further worsen due to less number of beds in hospitals and imbalance in between the demand and supply of medicines which not only the State of Jharkhand is facing but the entire country is facing and if in such a situation, the State Government has taken a decision by putting a rider of e-pass for movement from outside the home the same cannot be said to be unreasonable and arbitrary.

The Court observed that “as per the Government guidelines the consideration has been made that the persons who are going for medical treatment or coming out from the house for medical purpose, no e-pass is required save and except such persons are required to show the prescription of the doctors. The guideline further suggests that who are moving without any vehicle or by cycle, no e-pass is required.”

The Court observed that in the remotest area or the rural areas of the State, people mostly travel either by foot or by cycle for which no e-pass is required on the submission made by the counsel for the petitioner that in the remotest area, the people are not in a position to get the e-pass, as such, there is every likelihood that they will face difficulty.

The Court held “the writ petitioner has failed to make out a case showing the writ petition to be in the nature of public interest since at this stage the interest of the people would largely be served by saving their life and if in such a station the State Government has taken a decision for issuance of e-pass the same cannot be said to suffer from infirmity”. 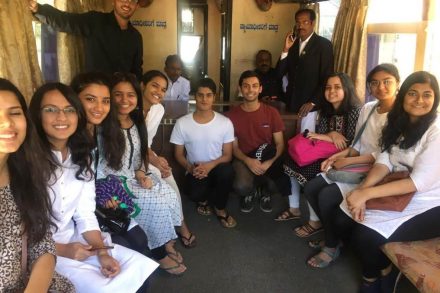 Newspaper reports cannot be basis of filing PIL, party must do adequate research before approaching court

Reported By Saba Published on December 7, 2017