Madhya Pradesh High Court, Gwalior Bench: S.A. Dharmadhikari, J., while addressing an issue with regard to the custody of a child held that the welfare of child is of paramount importance.

The instant petition was filed to seek habeas corpus direction respondents 1 to 5 to produce the corpus Yatharth before the Court who is alleged to be in illegal detention of respondents 6 to 8.

Due to some altercation between the husband and wife, respondent 6 had locked the petitioner in a room and took away the minor child Yatharth along with him.

Corpus Yatharth is 15 months old child and has been illegally snatched by the respondent 6/husband and her in-laws from the possession of the petitioner, who is living in her parental house.

When the petitioner requested her husband to hand over the corpus to her, the respondent 6/husband beat the petitioner along with her brother and mother and had tied them with rope. In these circumstances, the petitioner was left with no other option, but to file an FIR.

First Issue: Whether the Habeas Corpus petition is maintainable or not in respect of custody of a minor child, who is in the custody of the father and grandparents at Gwalior?

Court referred to the decision of the Supreme Court in Dushyant Somal v. Sushma Somal, (1981) 2 SCC 277 which dealt with the jurisdictional aspect with regard to the issuance of Habeas Corpus writ in respect of illegal custody of a child.

In view of the above decision, High Court is of the opinion that a writ petition for issuance of a writ in nature of Habeas Corpus under Article 226 in the peculiar facts and circumstances of the case is certainly maintainable.

Further, keeping in view the welfare of the child and other factors, the Court opined that the child has to be in the custody of the mother.

In the present case, the child is aged about 15 months and this Court keeping in view Section 6 of the Hindu Minority and Guardianship Act, 1956 is of the opinion that the child has to be given in the custody of the mother.

Bench is of the opinion that the welfare of a child is of paramount importance and the mother/petitioner, who has nurtured the child for 9 months in the womb, is certainly entitled to custody of the child keeping in view the statutory provisions governing the field.

Hence, the Court directed the respondent 6 to 8 to handover the custody of the child to the petitioner. 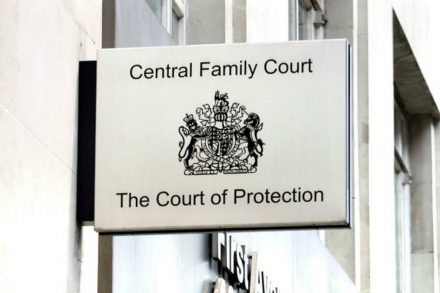