Madras High Court: The Bench comprising of N. Kirubakaran, J., in an appeal filed against the judgment and decree of Motor Accidents Claims Tribunal (MACT), observed that,

“People are dying or injured due to drunken driving but also the dependants of those persons are lost because of this “dangerous liquid” that too being sold by the Government for the purpose of money violating Article 21 of Constitution of India. It is sad to note that the Government itself is doing this unwarranted business only for the sake of raising revenue.”

“70% of the accidents are caused only because of either drunken driving or by intoxication.”

In the present case, the circumstances which led the Court to observe the above are, present appeal has been preferred by Transport Corporation against the judgment and decree of MACT. Tribunal had fixed the negligence on the part of the driver of the appellant Transport Corporation bus and awarded Rs 5,69,000 for legal heirs of deceased allegedly earning Rs 15,000 per month.

Facts are that, the deceased was trying to cross the road when he was knocked down by the bus belonging to the appellant Transport Corporation, which was driven rash and negligently.

Tribunal found that the accident was caused because of rash and negligent driving of the Transport Corporation bus. The award of Rs 5,60,000 granted by the tribunal was challenged in the Court.

Contentions, as presented by the counsel for appellant Mr Prabhakaran, was that, deceased emerged from TASMAC shop after taking liquor without noticing the traffic, he crossed the road and dashed himself against the bus. Therefore the accident was invited by a drunken man and therefore, no negligence could be fixed on the driver of the Transport Corporation, Further, Mr R Karunanidhi counsel for respondents supported the award and sought enhancement of compensation.

“How liquor spoils many families and takes away precious lives of numerous persons is very well exhibited in this case.”

Finding of the Tribunal is modified to the effect that the driver was negligent to the extent of 85% only. Court following the Supreme Court judgment of Syed Sadiq v. United India Insurance Co. Ltd., (2014) 2 SCC 735 stated that since the deceased was 40 years old, 50% should be added towards future prospects and fixed the monthly income at Rs 9,750. Consortium enhanced to Rs 40,000 as per the Supreme Court’s judgment in National Insurance Co. Ltd. v.  Pranay Sethi, (2017) 16 SCC 680.

Del HC | Objections under S. 47 CPC cannot be filed by signature of the Advocate alone, signature of client necessary 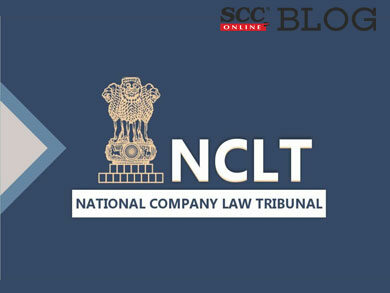 Claims of various stakeholders to be considered by Resolution Professional in accordance with law; NCLT, Chandigarh emphasizes