Central Information Commission (CIC): The appellant conducted blood group determination test 8 times in both government and privately-owned hospitals, situated in Agra as well as Delhi. Some tests returned his result as blood group ‘B-positive’ while others as ‘B-negative’. The appellant was perplexed and approached the Medical Council of India (“MCI”) under Right to Information Act (“Act”) to ascertain conclusively his blood group, specifically whether he was Rh-positive or Rh-negative.

The Public Information Officer (“PIO”) of the MCI responded saying that the information sought did not qualify as ‘information’ defined under Section 2(f) of the Act, which reads:

“information” means any material in any form, including records, documents, memos, e-mails, opinions, advices, press releases, circulars, orders, logbooks, contracts, reports, papers, samples, models, data material held in any electronic form and information relating to any private body which can be accessed by a public authority under any other law for the time being in force”

This argument by the respondent-MCI was accepted by the First Appellate Authority (“FAA”) who deemed the PIO’s reply appropriate.

The appellant approached the Central Information Commission (“CIC”) praying for relief, citing the reason that the matter pertained to his health and knowledge of his blood group is essential in case of an emergency where blood transfusion might be required. He, therefore, claimed a right to be informed of his correct blood group.

The MCI maintained that apart from the fact that the solicited information did not fall under the purview of the Act, but the respondent MCI neither possessed such information nor had any jurisdiction or power to obtain such information. The MCI also suggested that the All India Institute for Medical Sciences (“AIIMS”) may be approached to carry out suitable research on the same and put to rest the appellant’s queries.

The CIC held that the clarifications sought by the appellant can be construed as information as different pathology laboratories have provided opposite results and the appellant only wished to obtain concrete and reliable information in case of medical emergency, which is also a part of his Righto Life under the Constitution.

The CIC also observed that as a responsible and sensitive PIO, the respondent ought to have forwarded the appellant’s query to the AIIMS under Section 6(3) of the Act. Hence the respondent was directed to send the documents furnished by the appellant to the AIIMS, which was, in turn, requested to carry out necessary tests and provide the requested information. The appeal was accordingly disposed of. [Soni S Eramat v. Medical Council of India, File No. CIC/MEDCI/A/2017/120881, decided on 10.05.2018] 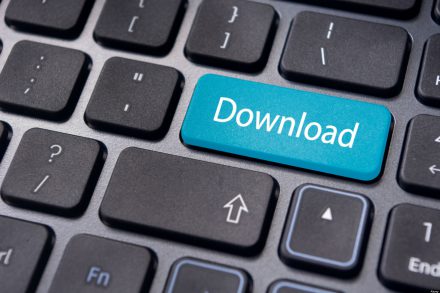