Tweet
National Law Institute University, Bhopal, Madhya Pradesh, India (NLIU, Bhopal) is organising the 1st NLIU-Justice R. K. Tankha International Moot Court Competition, 2016 from 26th February to 28th February, 2016 in the fond memory of Late Justice R.K. Tankha.
Previously, the national edition of the NLIU-Justice R. K. Tankha National Moot Court Competition has gained repute as a moot which guaranteed quality competition and insightful judging throughout the 5 editions that have been organized till the last academic session.
The quality of participation has encouraged us to base the competition on International Law and invite international participation.
This time around, the International edition of the competition will be based on a Compromis which will test the participants on aspects of International Commercial Arbitration which has proven to be a challenging and interesting field of law keeping in mind the recent developments.
The Compromis will be realised along with the Rules and Registration Forms by 10th November, 2015.
Interested Universities are requested to provisionally register their participation by 15th November, 2015 after which they can send us the duly filled registration forms when the team composition has been finalised.
The teams can register provisionally by sending an e-mail to mca.nliu@gmail.com stating the same.
For any queries please contact: Rohan Harne: 9826426433; Aditya Goyal: 9425945714
Tweet 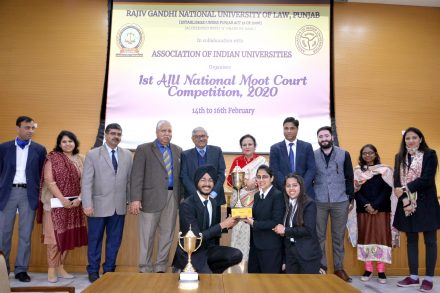