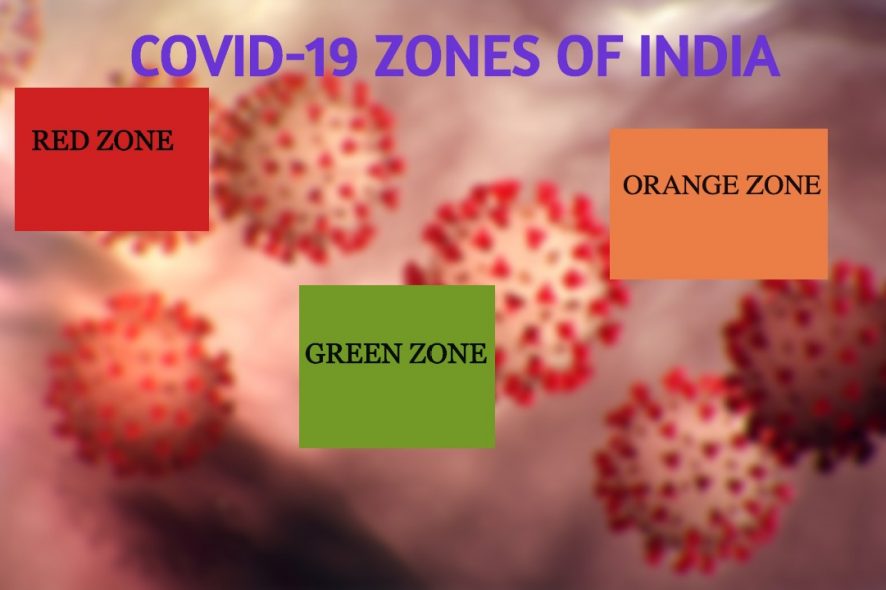 Check out the exciting map powered by SCC Online to get the easy note of Zone you are living in!

This map will help you to identify the zone i.e. RED, ORANGE, GREEN.

HERE’S the link to the MAP: INDIA COVID-19 ZONES

Cabinet Secy. on 30-04-2020 stated that it is important to ensure that pockets of critical interventions are identified for a focused management of COVID-19 at the field level.

Districts were earlier designated as hotspots / red-zones, orange zones and green zones primarily based on the cumulative cases reported and the doubling rate.

Since recovery rates have gone up, the districts are now being designated across various zones duly broad-basing the criteria. This classification is multi-factorial and takes into consideration incidence of cases, doubling rate, extent of testing and surveillance feedback to classify the districts.

A district will be considered under Green Zone, if there are no confirmed cases so far or there is no reported case since last 21 days in the district.

For the districts having one or more municipal corporations, the corporations and other areas of districts may be treated as separate units.

If one or more of these units have reported no cases for last 21 days, they can be considered as one level lower in zonal classification, in case the district is in Red/ Orange Zone. District authorities should, however, exercise due caution in such areas so that these areas remain free from COVID-19 cases.

It is critical to ensure that necessary action for containment so as to break the chain of transmission of virus is initiated in both red and orange zone districts reporting confirmed cases.

The containment zones in these districts have to be delineated based on:

The area should be appropriately defined by the district administration/local urban body with technical inputs from local level.

Further, a buffer zone around containment zone has to be demarcated.

–  Testing of all cases as per sampling guidelines

-Clinical management of all confirmed cases

Similarly, in buffer zones, extensive surveillance for cases through monitoring of ILI/SARI cases in health facilities has to be taken up.

All States are accordingly requested to delineate the containment zones and buffer zones in the identified red and orange zone districts and notify the same.

For the week after 3rd May, the list of red/orange/green districts is as below :

Number of districts per zone